Why we do not provide French Immersion at OMS 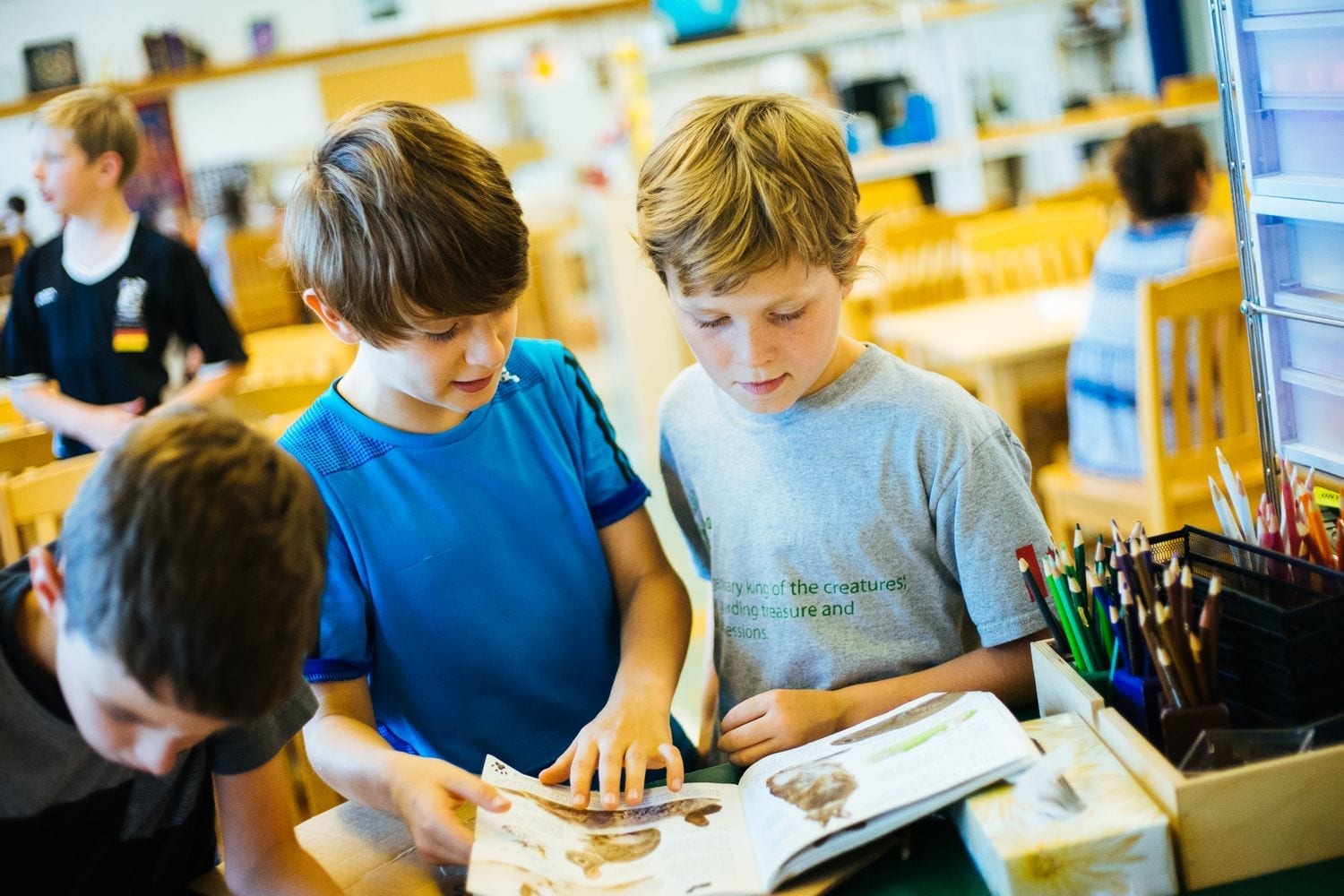 There is a strong desire among OMS parents for their children to be bilingual. Here is the rationale for what we do at OMS: Our goal at OMS is to have our students be as bilingual as possible. We are particularly interested in our students being comfortable and proficient in conversing in their second language.

At the Casa level, we try to incorporate as much French as we can while respecting the need for (and accreditation requirement) that our students have a daily, three-hour Montessori work period. In addition to their daily half hour French as a Second Language (FSL) class, some materials in the Casa classrooms are bilingual, and there are always books, finger-plays and songs in both languages.

The Elementary curriculum is based on students using their language to investigate the international Montessori curriculum. Montessori classrooms are firmly rooted in students working independently after receiving a short lesson from a teacher about how to use a piece of material or work through an activity. Teachers introduce concepts but the students follow up with individual activities, research and projects, even at six years of age. Montessori students use their language to explore the curriculum and expand their knowledge and skills.

Current research does show that longer periods of time spent in the second language are more productive than several short periods. It is also of the utmost importance to a well functioning Montessori program that students have a three hour uninterrupted period in their Montessori classes. The OMS Elementary schedule allows for both these conditions. Students have their second language instruction two half days every four days. For example, on Day 1 and 2 a Lower Elementary class goes to their second language classes in the afternoon beginning at 1:15 p.m. The following two days, Day 3 and 4, they are in their Montessori class in the afternoon. Their second language classes are also broken up with first, second, and third year students, each having their own class of about ten students. In other words, every two days out of four, our Elementary students are in a small FSL class of about 10 students for the afternoon.

Our five FSL teachers have their Ontario teaching certificate and their certification as second language teachers. In addition to traditional teaching methods, they incorporate the Accelerative Integrated Method (AIM) which introduces gestures with vocabulary and conversation. As part of this program, our students also practice and enact different short plays, such as “Les trois petits cochons” with every student learning and performing every part. The students’ work is also focused on themes of interest to the students. For example an FSL class might go out to our apple trees to pick apples, all the while describing them and how they grow in French. Having picked the apples, they look at their parts, cut them up and cook applesauce. Eventually, they get to eat the applesauce, with everything done in French. Reading, writing, grammar and verb conjugations are integrated into these themes.

The FSL classrooms are physically large and students who finish their assigned work quickly have the opportunity to choose independent French work, much as they choose activities in their Montessori classes. Our FSL teachers also work closely with our Montessori teachers and so you will see the same grammar symbols used for both French and English. This helps our students see the similarities and differences between the two languages.

In The Element (Grades 7 to 12), the FSL teachers is in the class for the morning, every morning, and French becomes integrated into the curriculum and classroom activities. French is taught directly but some of the humanities studies, seminars, and written and oral presentations are done in French as well. For example, during the student’s Lunch Program, the FSL teacher at The Element will grocery shop or cook with the students – in French. Also, every other year the dramatic play that The Element students put on is done in French. This play is often over an hour long.

Since OMS has a Francophone community, French is a working language of our school and students are immersed in a community where French is used in a real way. English speaking students go to recess and Supervision, and play intramurals with French speaking peers. We also take every opportunity to incorporate French into the experiences of our students. The FSL teachers have made a commitment to speak French to the students at all times in the school. Lower Elementary music is taught by one of the FSL teachers and so our students actually sing more French songs than English. Three times throughout the year, the students and FSL teachers display their prowess with the French language throughout the school to demonstrate and celebrate what they are accomplishing.

At OMS we are dedicated to providing every opportunity available to us to help our students become bilingual, while simultaneously offering all the advantages of an authentic Montessori education.

For parents who feel that what we offer in French instruction is not enough, we recommend truly immersing their child in French by arranging for them to attend a Francophone school rather than French Immersion. Here in Ottawa, this is now a possibility.