When Dr. Maria Montessori set up her first class for children ages 3 to 7, (which she called a Casa dei Bambini – a children’s home), she observed that some activities appealed to the children more than others. The activities that engaged the children fully (or put them in a state of ‘flow,’ to use the modern term coined by psychologist Mihály Csikszentmihályi) became the basis of the international Montessori Casa curriculum for 3 to 6 year olds that is found around the globe today.
In considering the types of materials that fully engaged the young child, Dr. Montessori realized that in addition to the human tendencies we all have for communication, exploration and order, children have periods of development when some tendencies or sensitivities are much more pronounced than others. For the young child, these sensitivities include what Montessori termed an absorbent mind; the ability of young children to absorb the culture and language in which they exist. For example, young children naturally mimic what the adults around them do and say. Young children are also very interested in exploring their world through their senses; this helps explain why they have such a strong desire to move and explore. These children also have a strong sense of order and a tendency to repeat things independently.

By respecting and responding to children’s natural tendencies Dr. Montessori was able to create a learning environment for young children that has stood the test of time. The ‘Casa’ classroom is a prepared environment that stimulates the development of motor skills, the senses, cognition, language, eye-hand coordination, and independence. A Montessori prepared environment encourages the full development of children physically, emotionally, socially and academically. 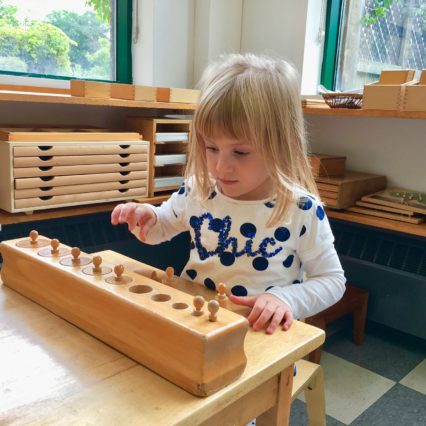 The Casa programs are licensed under the Child Care and Early Years Act (CCEYA). A full cycle in a Casa program can be 3 or 4 years in length depending on the age the child enters and the child’s natural maturity.
The OMS Casa curriculum 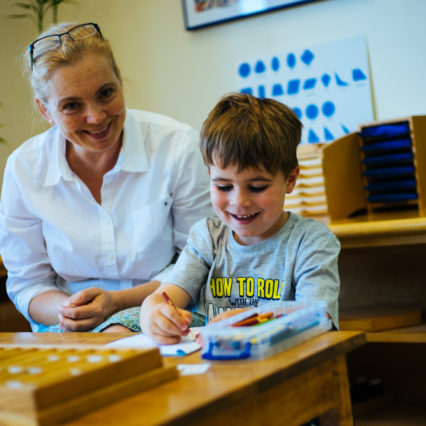 The Casa classroom is a prepared environment that includes the series of Montessori materials and activities, the Montessori Director or Directress who will give lessons and direct the class...